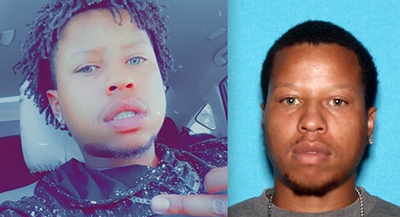 As of publication date, police are still looking for Joshua Diante Murphy, above.

The County Sheriff’s Department has arrested two people and is seeking a third suspect in a human trafficking case that started back in January.

According to Sheriff’s spokesman Tony Cipolla, “The investigation began on Jan. 26, 2021, when members of the San Luis Obispo County Counter Human Trafficking Team were answering online sex ads as part of the statewide effort to curb human sex trafficking under the umbrella of Operation Reclaim and Rebuild.”

The Counter Human Trafficking Team is one senior district attorney’s office’s investigator, a County Sheriff’s detective and a sergeant, with an assist from the Highway Patrol, FBI and the non-profit, Deliverfund.

“Investigators located,” Cipolla said, “and responded to a sex ad in which the female in the advertisement appeared to be very young, likely under the age of 18.”

Cipolla said, “Ultimately, a ‘date’ was arranged by investigators and the female subject from the photographs in the sex ad was contacted by law enforcement.”

Officers detained the young woman, who they determined was a 15-year-old missing girl from Nevada. They also identified a suspicious man who they suspected of being the person trafficking the young girl.

That suspected pimp fled the scene but officers caught up to him. That man was identified as Joshua Diante Murphy, 26 of Madera, Calif., but they didn’t have enough for an immediate arrest.

“Upon contacting Joshua Murphy,” Cipolla said, “investigators were able to connect him to the 15-year-old victim at the scene, however, probable cause for his arrest did not exist at the time of the contact, so he was released.”

Officers got more information from the victim, Murphy and “third-party sources” Cipolla said, and that led to the belief that three people were actually involved in this crime. 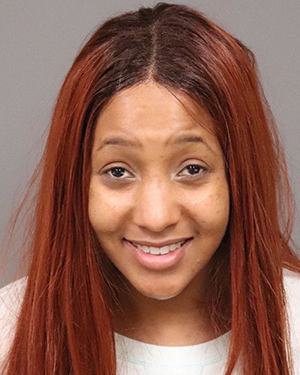 Cipolla said, Heather Lynne Hunt, 28 from Tipton, Calif., (left) Tremaine Quincy Tejon Jones, 27 of Bakersfield (right), and Murphy “had been involved in a conspiracy to traffic the 15-year-old victim and to distribute child pornography.” 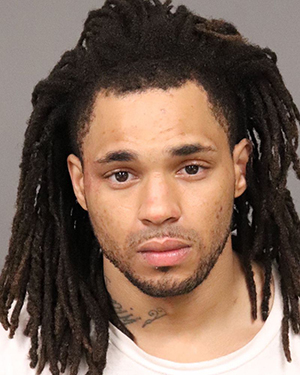 The Human Trafficking Team and the D.A.’s Office worked the case and obtained arrest warrants for the three suspects and on March 18, a judge issued warrants for their arrests.

The next day they arrested Hunt and Jones but Murphy was gone and is apparently on the lam. An arrest warrant is outstanding for Murphy but Hunt and Jones were locked up in County Jail on $1 million bail each.

Hunt is charged with suspicion of Human Trafficking of a Victim Under 18 Years of Age, Obscene Matter Depicting Minor for Commercial Consideration, and Conspiracy to Commit a Crime. Jones is facing suspicion of Conspiracy.

When he is caught, Murphy is facing allegations of Human Trafficking of a Victim Under 18; Pimping of a Prostitute Under 16; Lewd Acts with a Child 14 or 15; Obscene Matter Depicting Minor for Commercial Consideration; and Conspiracy.

You may also provide information to Crime Stoppers via the website, sanluisobispocounty.crimestoppersweb.com, or by calling (805) 549-STOP.