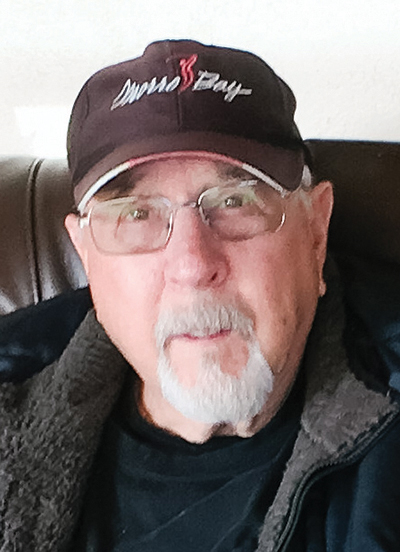 Dale Leslie Reddell, age 81, passed away Tuesday, February 2, 2021. He was born in Sacramento, CA to Les and Dorthy Reddell and grew up on a small cotton farm with his three brothers and sister. After high school, while working as an usher at the Porter Theater, he met his wife Billie. They married in 1961 and moved to Morro Bay where his family was residing. Shortly after their marriage they welcomed their first child Randy and later welcomed another son, Rusty.

Dale launched a career in construction in Morro Bay and quickly became known as the premier builder in town.  He started by working for other contractors to learn the trade and how to be a business person.  Later, he bought his first vacant lot in Morro Bay and built a spec house after work and on the weekends. This transitioned to starting Dale Reddell Construction, which gave him an incredible 50 year construction career. During his career he built countless local homes and buildings, serving as a foundation for families to grow future generations in our beautiful town.  Years later Dale taught the trade of construction to his son Randy and they went on to build many homes together in Morro Bay.

In the 1970’s Dale decided to start selling the homes he built, and opened The Real Estate Company on Morro Bay Blvd.  His brother Dan picked up the knack for real estate from him and later, after Dale retired, he could be found working with Dan at Bayshore Realty.  Visiting the office gave him a local hang out and place to go everyday to hear what was going on throughout the community. In addition to his career in building, Dale was an entrepreneur at heart, and went on to open Estero Paint and Cayucos Liquor Store.  Dale owned Cayucos Liquor for over 25 years and considered Cayucos his second home.

Dale was passionate about community service, serving as a Planning Commissioner, and later as Mayor of Morro Bay, which he served from 1986-1988.  He continued his efforts to support our town and was an early member of the Morro Bay Police Department volunteer academy, where he is known for his countless hours volunteering at events, disasters and fundraising for the K9 unit. In addition, he enjoyed his long time membership with Rotary and the Elks club.

Dale loved Morro Bay and felt honored to raise his children, grandchildren, and great-grandchildren with three generations attending Del Mar Elementary and then on to Morro Bay High School.  Dale loved attending his children through his great grandkids sporting events, and had a perfect record of never missing a game.  He also impressed upon them that there is nowhere more beautiful to live than this small beach community.  After a 5 year fight with cancer, Dale died at home overlooking his favorite panoramic view of the ocean with his family by his side.  He is survived by his wife Billie, sons Randy and Rusty, grandchildren Morgen and Trevor, great grandchildren Ayden, Coco, and Sawyer, older brother Gene, sister Sheril, and many extended family and close friends.  Dale is being deeply mourned and leaves behind an incredible legacy. In lieu of flowers, we ask that donations are made to The American Cancer Society in his honor.