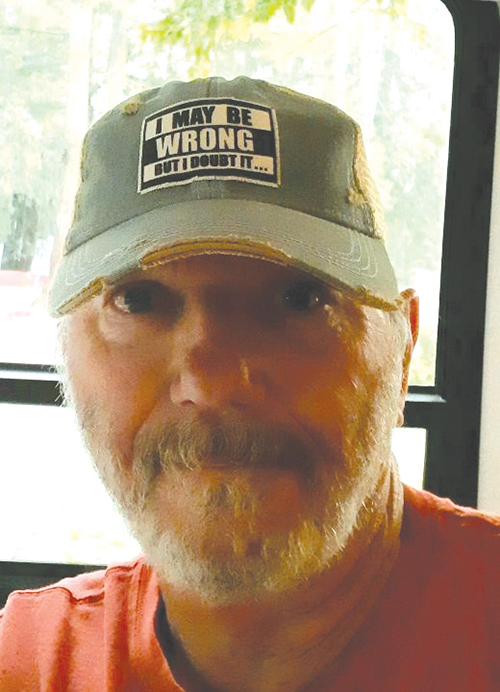 Evans Cowan, dedicated husband, father, grandfather and friend, passed away in Atascadero on Tuesday November 15, 2022.  Family was by his side.

Evans was born in August 1950 in Pasadena, CA.  He lived in many cities in the LA area, when in the 1990s he moved to Arcata, California, where he met his wife, Joanne Smith, at Humboldt State University.  While attending Humboldt State, Evans earned a Bachelor’s of Science Degree in social work, later graduating from California Coast University with his Master’s Degree in psychology.

Evans proudly served our country in active duty in the Army being honorably discharged in September 1982. He later served in the Army National Guard as a warrant officer, stationed at Camp San Luis Obispo, where he served at-risk youth at Grizzly Youth Academy.  When Evans was 60, he retired out of active duty and became a state parole agent ending his long professional career in 2011.

In 2011 he became co-owner of a counseling service in Morro Bay, All People Services.  In 2020, he had the opportunity to join his son in his painting business and together they became partners and co-creators of Paneless Painting Company, LLC.

Evans was a dedicated family man, a veteran of the U.S. Army, a mental health worker, a retired parole officer, a social worker and a business owner. It can honestly be said he spent his adult life in service to everyone he knew, striving to help anyone in need at any given moment.  Evans was a loyal and dedicated friend to all.

In his free time, Evans enjoyed being with family and friends, planting and working in his yard, taking photographs of beauty only he could capture, and tinkering in his garage fixing things around his home.  He was also a card carrying member of the NRA, collecting different guns that held meaning to him.  Often he could be found on the range with family or friends target shooting.

Evans was a devoted husband and very best friend to his wife Joanne. The two of them walked through life in step, hand in hand, a shared and true abiding partnership.  Evans fulfilled and exceeded every promise made 30 years earlier in his wedding vows.  Every day this love story was to have and to hold, from this day forward  for better or for worse, for richer, for poorer, in sickness and in health , and most importantly to love and to cherish. Evans cherished every day with his wife and family. He deeply loved and cared about his two children, Brandi and Jeremy, and they deeply loved him in return. He was their “Squ,” the glue that kept the family stable during turbulent times.   Evans was not a man of a million sentimental words but rather a man of a million sentimental and kind gestures.

Evans is, and will always be, so deeply loved and will forever be missed by so many. His legacy is imbedded in the fabric that makes up his family. The beautiful imprint that he has made on this world will forever be carried on and treasured by those he left behind. His wife Joanne gave him a card once, epitomizing what he meant to so many, “I am amazed by you.  Every time I’m convinced the world is coming apart at the seams, there you are with your needle and thread.”  And there he was.

Evans is survived by his loving wife, Joanne, and two children, Brandi and Jeremy Smith, his beautiful grandchildren, Alexandria Maynard and Ryder Daniel James, and his brother-in-law, Joseph Brannon. A military service will take place at the Los Osos Valley Cemetery on Los Osos Valley Road at 12 p.m. December 30.

You will be missed Evans, you are so Loved!!!