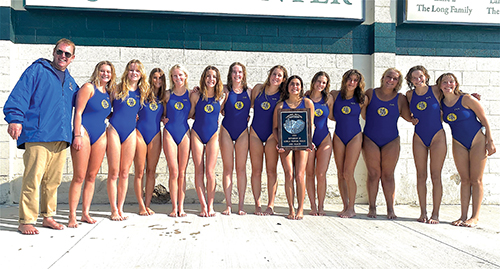 The Lady Pirates finished the regular Mountain League season in second place, Coach Ryan Davis said, finished second to League Champions Arroyo Grande, which Morro Bay lost to in the league championship match. It was the second straight year that the Pirates have finished behind the Eagles.

But the successful league season led to a CIF Playoff berth, as the Lady Pirates were the No. 2 Seed in the CIF Central Section Div. 2 playoffs, Coach Davis said.

In the playoffs, the girls dunked Santa Ynez, 14-2 in the first round matchup. The quarterfinals pitted Morro Bay against Strathmore High, and again the Lady Pirates sunk their foes’ battleship with an 18-3 soaking.

That impressive win led to a Semi-finals match with Redwood and again the Lady Pirates’ scoring machine was in high gear recording a 12-4 rout and sending the girls to the CIF Central Section Div. 2 Championship game for the second year in a row with mighty Garces High of Bakersfield awaiting.

But alas, it was not to be as Garces prevailed over Morro Bay 14-10 in a high scoring affair. In the title game, it was a tough pool to swim in for the visiting Lady Pirates.

“It was a very large and noisy crowd in Bakersfield,” Coach Davis said. “It was hard to hear each other in our time out huddles.”

The Lady Pirates fell behind early, coach Davis said, and trailed 4-1 at the end of the first quarter. Garces’ leading player, Abbey Schechter, who is bound for U.C. San Diego next year, scored twice in the first quarter.

The teams traded scores over the next two quarters with Morro Bay closing the gap to 9-8 by the late third quarter.

In what was a tough and physical contest, Coach Davis said two of his senior starters — Carmen Panian and Stella Mayhan — fouled out in the second half. That’s when Garces picked it up on defense.

“Garces did a good job double and sometimes triple teaming Josephine,” Coach Davis said, “and holding her to only two goals.”

Several players had standout performances in the title game. “Carmen Panian led our scorers with four goals,” Coach Davis said. “ Devivin Downing had an outstanding game defending Abbey [Schechter], holding her to only two goals over the final three quarters.”

The team ended the year 21-12 and though the season ended a little short of a championship, second place in CIF is plenty to be proud of.

“I am extremely proud of how well the girls played,” Coach Davis said. “While it is frustrating to fall a little short for the second year in a row, there aren’t many people that expected us to be on the verge of beating Garces, a perennial Div. 1 school.”

The Lady Pirates’ season is a testament to their determination and mental toughness. “These young ladies have worked very hard over the last couple of years to build this program into one of the top programs in the state,” Coach Davis said. “We are very excited to reload next year and make another run at it.” 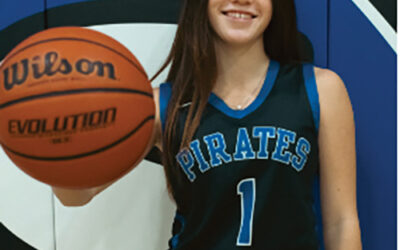 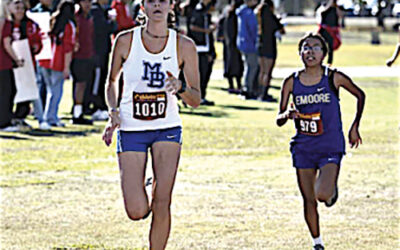 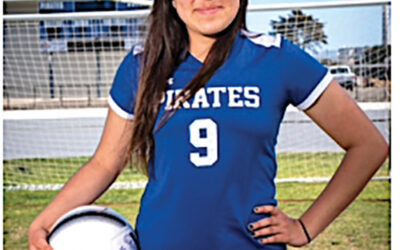 The Morro Bay High School Athletic Boosters Club has named its MBHS Athletes of the Month for December, as the...