The ‘Inn at Rose’s Landing’ is Now Open 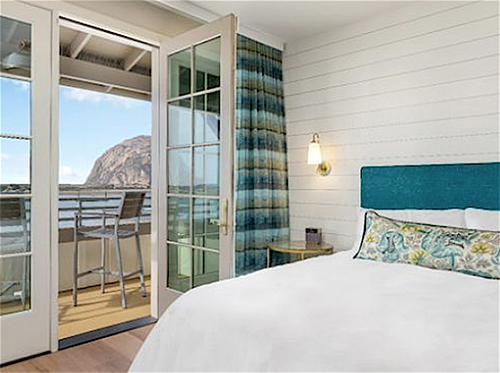 Morro Bay’s newest boutique motel has a robust set of offerings, from customized rooms, some with views of the bay and Morro Rock, comfortable outdoor patio spaces with fire pits, and even two special-priced, affordable rooms, courtesy of the Coastal Commission.

Doug Redican, who has owned Rose’s Landing, 725 Embarcadero since about 1987, is pleased with how his conversion of a second-story restaurant space into a 10-room motel turned out, though it cost more than he anticipated.

Redican explained that when guests check in at the Inn at Rose’s Landing, they’ll get a complimentary bottle of fine wine, and in the room they’ll find a box of chocolates from his daughter’s business, Kelli’s Candies, located on the building’s ground floor.
Glasses and a wine opener are in the rooms, he said, while showing a reporter the brand new motel lobby that faces the side street parking area on the building’s northern side.

The lobby was a small retain space created with his previous major remodel of the waterfront lease site, back in 2002. So Redican has done two multi-million dollar remodels to Rose’s in less than two decades.
This latest remodel cost $3.4 million, he said.

According to the motel’s website, “All rooms are furnished with plush linens, Keurig coffee makers, HD TV, Premium channels, refrigerators, in-room safes, and occupancy sensors that adjust the room thermostat as you come and go.
“Some rooms have an in-room fireplace, bay-front patio, outside fireplace and lounge area, coffee tables, work desk, or breakfast nook.”

The new motel makes use of some of Rose’s existing features like an elevator, indoor stairway and large deck on the southern side. That deck plays a big part in the new motel’s amenities, with three private patios connected to rooms and other seating areas with fire pits reserved for the guests whose rooms don’t have a private balcony.

It is separated from the public accessing it by a security gate, so while the public can walk up the outdoor stairs onto a small landing for the view, people can’t access the motel deck.

Two of the rooms are set at “affordable” rates, a requirement put into the permits by the Coastal Commission. Redican said the agency and the City used a complicated formula to come up with what they consider an affordable rate of $149 a night plus taxes, which is close to the current average room rate in town, and a real bargain on the Embarcadero.
Redican said the price was set 3-years ago while the project was still undergoing permitting. It is subject to annual increases for inflation, he said, but for now it’s set at $149 a night.

They also offer special deals for AAA members, AARP/seniors, and government rates.
There is a fully handicap-accessible room and others that don’t have water views, but the jewels are three large rooms that overlook the bay and Morro Rock.

He hired Design Collaborative of San Luis Obispo to design the project. “She did a terrific job,” Redican said.
They feature the Rose’s Inn project on the company’s website. “With a beach vibe and antique brass finishes typically found on the boats that are a stone’s throw from the private balconies. Design Collaborative brought this hotel to fruition from the beginning stages with the architect to the finishing touches of the logoed bathrobes. A complete construction package, furnishing & art package, construction administration, procurement and installation where all a part of this project.”

The company has designed many other projects including wineries and restaurants (see: https://designcollaborative.design).
The remodel included major work on the Harborwalk, a pedestrian pathway along the water that will some day stretch the length of the Embarcadero.

It was a huge expense that included installation of enormous steel I-beams tied back to the land, numerous new pilings and the walking deck. That work was done by Associated Pacific in Morro Bay and was a major expense that frankly will see little monetary return for the business.

The 10-foot wide walkway has a steel grating floor and custom-made aluminum, welded railings. It includes two “gangways” on either end. One is connected to a small public pier at the street end and the other connects back to a small plaza on the south side of the building.

Redican shook his head and said it was more like something you’d need on the piers of San Francisco, where there is much more foot traffic.

The motel guests also have a restaurant below, which during the COVID business restrictions is only able to offer takeout.
That first floor restaurant was also remodeled with a new semi-enclosed patio and new glass doors that will merge the patio with the dinning room once they get back to normal operations.

And it still has that beautiful, boat-shaped, wooden bar that Rose’s is famous for. Redican said they refinished it during the remodel.

He said they will eventually be available for booking on the major Internet booking sites but for now, they’re booking rooms directly online, see: www.innatroseslanding.com, or call (805) 254-0700. 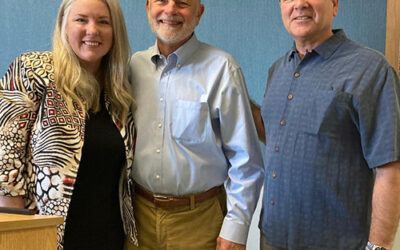 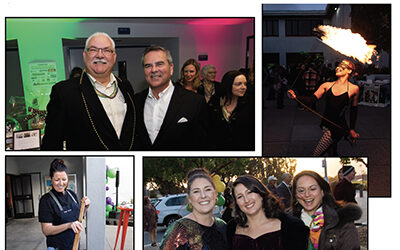