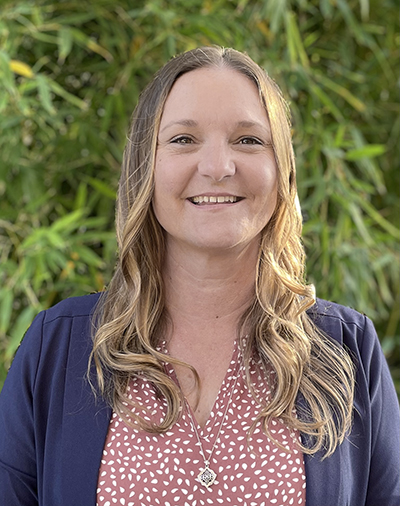 Damaris Hanson, a 14-plus year Morro Bay City employee has been named the City’s new, Utilities Division Manager, replacing Joe Mueller, who has taken on a new role with the City. Submitted photo

The City of Morro Bay has a new utilities manager, as a long-time engineering employee gets a promotion.

Hanson, who started with the City over 14-years ago as an engineering technician III, most recently acted as the City’s Environmental Programs manager. Kwolek said she’s been managing the City’s Stormwater Program, and other environmental issues including the dinking water permits.

“It’s no secret,” Kwolek said in a news release, “that in the next few years, the Utilities Division will be involved in significant operational transitions, such as the running of cutting edge indirect potable reuse and wastewater treatment facilities, as well as an incremental modernization of our existing infrastructure, and I can’t think of a better person to set to manage these changes.

“I’m especially grateful and proud that Ms. Hanson, a longtime Public Works employee, will bring in her expertise and talent to take on this big role.”

Hanson got the job over a pool of several applicants through “a comprehensive interview process” that included interviews with a panel of SLO County water and wastewater agencies and City staff.

Hanson, who is married with two sons, said, “These are very exciting times for Morro Bay and specifically for the Utilities Division. The new Water Reclamation Facility will support the City with a sustainable and drought-resistant water supply, which is necessary for securing Morro Bay’s water supply stability for the future. Additionally, we have a lot of opportunities to improve and maintain our existing water and wastewater infrastructure, with several projects currently in progress. I look forward to working on these improvements and I am thrilled to be part of the remarkable and hardworking Utilities team that will bring them to reality.”

She also contributed “to the development of the Morro Bay OneWater Plan,” Kwolek said, “and the Urban Water Management Plan, the City’s long-range water planning documents. She also has over 18-years of regulatory compliance experience.”

Hanson and her family enjoy hiking and make treks all over SLO County, Big Sur, and the Sierra Mountains, too.

She will oversee a Utilities Department with 16 full time employees and is responsible for “delivering water and wastewater services to Morro Bay ratepayers,” Kwolek said. “The division is also currently involved in several critical infrastructure projects, including the Nutmeg Pressure Zone, Kings and Blanca Tank Rehabilitation, and various sewer main improvement projects.

Estero Bay News asked Kwolek what happened to Mueller? He said, “Joe Mueller is now in a new role as the City’s ‘Operations Interface Manager,’ which supports a successful start up of the new WRF plant. The position is part-time and expected to last through plant start up.”

Hanson is the second management position that Kwolek has filled since coming to the City in May 2021. On March 7, the City’s new City Engineer, Eric Riddiough, replaced the retiring Rob Livick.

The City has not posted a job listing on its website to fill Hanson’s old job as environmental programs manager. However, it is currently advertising for a new “maintenance supervisor,” as changes at Public Works will apparently continue.