Local Radio Host Revisits the Past in e-Book 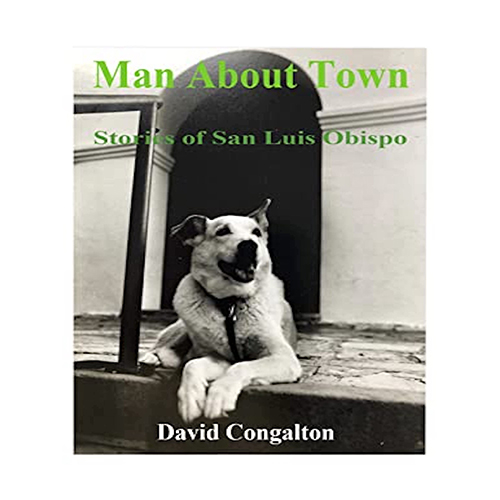 Local radio host and writer David Congalton has published a collection of his newspaper columns in the new Amazon e-book “Man About Town: Stories of San Luis Obispo.”  An audio version of the book, available on Audible, is voiced by actor Gary J. Chambers.

The e-book also touches on some of Congalton’s more personal experiences, including his 2007 trip to Antarctica and his decision to undergo eye surgery in 1994. Several of the stories are devoted to the dogs and cats that have entered the KVEC radio host’s life.

Congalton was inspired by a radio interview he did on e-publishing.

“This local author encouraged me to give it a try,” Congalton said. “I had a stack of old newspaper columns taking up space in my office. I realized that there was a whole wave of new people unfamiliar with my writing. Here was a chance to introduce them.”

Congalton, the former director of the Central Coast Writers’ Conference at Cuesta College, plans a second book to be released later in 2022.