Coalesce Bookstore is holding a book-signing with Doug Garland on April 23 from 1-3 p.m. at the store, 845 Main Street, Morro Bay. In “The Tall Poppy Syndrome: The Joy of Cutting Others Down,” Garland explores in-depth the little-known human condition known as Tall Poppy Syndrome (“TPS”). TPS is the tendency of cutting people down due to their “success, talent or status.” Garland once posited envy as the main cause of TPS, but as America experiences a large increase in anger, often driven by politics, he argues that anger may be the primary cause.

Garland takes a deep dive into the history of TPS, using important figures who have been “cut down” in world history as examples, and analyzes how issues such as bullying and schadenfreude can stem from this phenomenon.

Don’t miss the premier of the movie Playing in Unison at the PAC on Saturday, April 23. Festivities begin at 6:30. “Playing in Unison” is a documentary about the Performing Arts Center San Luis Obispo. Playing in Unison was filmed over the course of 3 years, beginning in September of 2018, and finishing in January 2022. It is the story of a university, city hall, and a group of dedicated supporters working for years, collaborating and gathering funds. The story of a pre-opening celebration that lasted until the early morning hours. The story of concerts and graduations and youth programs that raised the level of the arts throughout the county. And the story of a global pandemic that forced it to close its doors only to reopen as a COVID-19 testing center.

The event begins with a pre-reception on the plaza and in the lower lobby, followed by the screening of the film and additional surprises. The event is free with a reservation found at fpacslo.org/attend/events.

Central Coast Women for Fisheries will hold its annual Albacore Enchilada Fundraiser on Saturday April 30 at the Morro Bay Community Center, 1001 Kennedy Way. They will be in the kitchen early making the 2 choices; corn tortillas with green enchilada sauce and flour tortillas with red sauce. Pick up is from 1 p.m. to 5 p.m. A tray of 4 plump enchiladas is $15. To order call Sharon Rowley (805) 674-4854 or send an email to srowley303@gmail.com or ccwf@womenforfish.org. Proceeds go to various community projects, including upcoming informational signs for the waterfront about the local fishing industry, a charitable relief fund, and much more. Past fundraisers funded the statue by Morro Rock. For more information, go to womenforfish.org.

Cuesta College’s 2022 Book of the Year program brings bestselling Native American writer Tommy Orange to the San Luis Obispo campus on Thu, Apr. 21, from 5–7 p.m. Orange is the author of the acclaimed debut novel There There. Set in the East Bay of California, the impactful book follows twelve characters from Native communities traveling to the Big Oakland Powwow, all connected to one another in ways they may not realize.

Orange will appear for a conversation and book signing at the Cuesta College Harold J. Miossi Cultural and Performing Arts Center mainstage theater. General admission tickets are $5 and may be purchased at tickets.cuesta.edu. Complimentary tickets for students are available by emailing cuestabook@gmail.com. North County residents are welcome to attend a free live simulcast of Orange’s presentation at Cuesta College’s North County Campus, Dallons Hall, Room N3102.

Students, employees, and visitors who access Cuesta College campuses must provide proof of vaccination against COVID-19 or a negative test within 72 hours of the campus visit. Find out more about Cuesta College’s vaccine requirement at cuesta.edu/vaccine.

On Thursday, April 28, the Cambria Film Festival hots a special reception and screening of “Julia Blue,” a Ukrainian film that won the Festival Judge’s Award for Best Feature in 2020. The screening is free, but donations are requested. All proceeds will benefit Nova Ukraine, an American-based 501c3 nonprofit that provides humanitarian aid to the people of Ukraine.

Set against the 2014 war when Russia invaded Crimea, this film follows a young photography student who falls in love with an injured soldier fresh from the war front. In addition to the film, there is a pre-recorded interview with the film’s star who is still in Kyiv and a live Zoom call on the big screen with the film’s Ukrainian director, Roxy Toporowych. Although Roxy currently lives in Brooklyn, she will provide updates and answer questions on what is happening with the film’s cast, crew and country.

The evening begins with a wine reception at 6:30 followed by the screening of the film at 7:30. All proceeds from donations, including the purchase of wine or snacks at the reception, go directly to Nova Ukraine. (Those not attending can also directly contribute to the charity at its website: novaukraine.org. To reserve your seat and make a donation through the Cambria Film Festival, visit www.cambriafilmfestival.com.

Morro Bay Art Association presents a mini workshop in encaustics with artist, Vicky Hoffman at an off-site location from 1-4 p.m. on April 23.

This workshop provides a hands-on introduction to the basic techniques of the encaustic process—beeswax, resin and pigment. Attendees will be introduced to transfers, mark making, embedding elements, incorporating mixed media, papers, and other secrets to achieve a smooth surface.

The cost is $75 Members; $85 Non-Members for this one-day workshop. All materials are included, but participants are encouraged to bring an apron and about three items of inspirational material. Reserve your space online at artcentermorrobay.org/index.php/shop/. All attendees must

wear a mask and show proof of Covid Vaccine at the first day of class.

Send your event listing at least three weeks in advance to Editor@EsteroBayNews.com. Make sure to include the who, what, why, where and when of the event and contact information. Please, type out in paragraph form rather than attaching flyers. 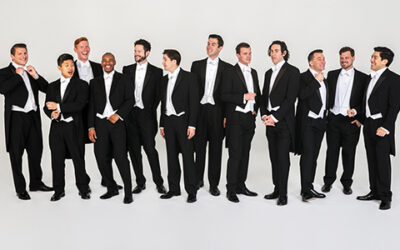 The Cal Poly Music Department presents a recital at 2 p.m. Saturday, April 9, in the Spanos Theatre (No. 44) on...