Arrest Made in Creston Murder Case 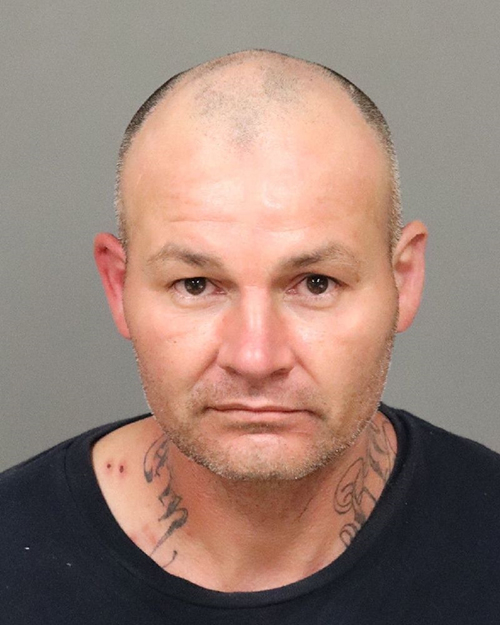 The County Sheriff’s Department has arrested a Creston man on suspicion of murder, and in connection with an assault in Paso Robles, after a short manhunt for the accused killer.

According to a news release from the SLO County Sheriff’s Office, they received a report of shots fired at 7:30 a.m. Wednesday, April 6 in the 9000 block of Goldie Ln., Creston. That’s off Hwy 58 between Santa Margarita and Creston.

“When deputies arrived at that location,” said Sheriff’s spokesman Tony Cipolla, “they discovered a male victim with a gunshot wound. Medical aid was administered, but a short time later the victim died from his injuries. Detectives began an immediate homicide investigation.”

Investigators quickly identified a suspect and an arrest warrant was obtained, but the suspect, Cruz Christopher Gomez, Jr., 42 of Creston had fled the area. A manhunt for Gomez was immediately launched. He was considered “armed and dangerous.”

Later that same afternoon, deputies found and arrested Gomez at an undisclosed location in Paso Robles. He was booked into County Jail on suspicion of murder.

On April 7, the Sheriff’s Department identified the victim as Jack Dean Everhart, 42 of Santa Margarita. The Tribune reported that Everhart was a husband, father of four — Ryan, Eric, Andrew and Ashley — grandfather of three with a fourth reportedly on the way.

The Tribune also reported that Gomez is a suspect in the non-fatal stabbing of a woman in Paso Robles allegedly committed during the time he was on the lam. That case was reported as an assault with a deadly weapon, but no further details were available before deadline.