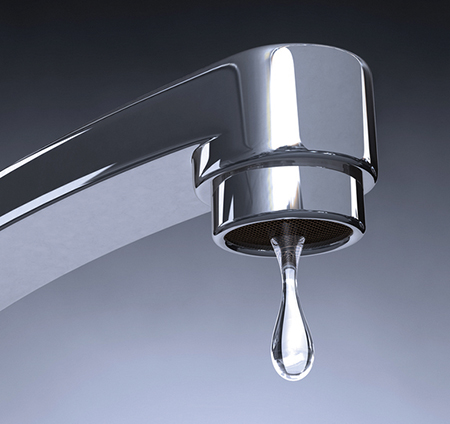 County Supervisors recently awarded a grant to the help pay for a new study on Los Osos’ water basin, in an attempt to further management of the town’s sole source of drinking water.

The County awarded $150,000 to the Los Osos Community Services District, “for the purposes of developing a Los Osos Basin groundwater transient model,” reads the item’s staff report by Blaine Reely with the County Public Works Department.

The computer modeling exercise is intended to better understand the movement of the water in the underground aquifer, answering such questions as how quickly water moves through the aquifer and how quickly it gets recharged with rainfall.

The town’s water purveyors — the CSD, Golden State Water and S&T Mutual — along with County Engineering, which runs the sewer system and it’s recharge of the aquifer system are also a part of the project.

The four entered into a court settlement in 2015 that led to the Los Osos Basin Management Committee or BMC, and charged them with writing a management plan for the basin.

The management of the basin is paramount as it has been intruded deep inland by seawater and threatens to become brackish. The management plan lays out numerous steps to take and the water companies have done much to invest in new infrastructure, with a major CSD project to add a new well located far away from the seawater intrusion being the latest.

“To better understand the threats to the basin and opportunities to increase the sustainable yield,” Reely said, “the BMC is working on an initiative to update the existing steady state groundwater model to a transient model. The current steady state groundwater model has a limited ability to run predictive modeling scenarios that account for variable hydrology, climate change impacts, phased project implementation and other time dependent variables.”

According to the U.S. Geologic Survey agency (see: ca.water.usgs.gov), “A groundwater flow model is a mathematical representation of groundwater flow through an aquifer, which is composed of saturated sediment and rock. In order to solve the equations that constitute the flow model, it is necessary to make simplifying assumptions about the aquifer and the physical processes governing groundwater flow.

“The most important of these assumptions are embodied in the conceptual model of the aquifer. Although groundwater flow models can’t be as detailed or as complex as the real system, models are useful in at least four ways:

• Models can be used to estimate flows and aquifer characteristics for which direct measurements are not available;

• Models can be used to simulate response of the aquifer under hypothetical conditions; and,

What’s this technical study going to do for Los Osos, which is now under a de-facto moratorium on any new development that might increase water demand, as per the Coastal Commission and the Coastal Development Permit for the community sewer project?

Reely said, “The transient model for the Los Osos Basin would provide significant insight into how to manage the basin most efficiently and best operate the County’s Los Osos Water Recycling Facility to provide a sustainable water supply for the current and future community of Los Osos. “

“The model,” he continued, “will provide the County with information needed to address California Coastal Commission conditions of approval for the Los Osos Community Plan, which require the County to ‘identify appropriate and sustainable build out limits, and any appropriate mechanisms to stay within such limits, based on conclusive evidence indicating that adequate water is available to support development of such properties without adverse impacts to ground and surface waters, including wetlands and all related habitats.’”

The Commission has rejected all CDP projects in Los Osos and Cambria for some time now, and in a letter to the County Planning Department, Dan Carl, who heads the regional office in Santa Cruz, all but demanded the County cease even accepting applications for all projects that increase water demand — even if they are issued “will-serve” letters from the water companies, which Carl said were “inadequate” to prove water availability — until all this management work is done and the County reduces the “Level III” severity it placed on the Los Osos basin back in the mid-1990s.

The designation means the groundwater basin is being over-pumped and under threat of seawater intrusion — a decision made over 25-years ago that’s proven prophetic given the current state of the aquifer.

And the Commission wrote that into the CDP for the County’s sewer project, with it’s recent posturing on the CDP issue an attempt to enforce those permit terms.

But the grant isn’t enough money for the study and the management committee has suggested it be used to leverage more grant monies, possibly from a State Water Resources Control Board planning program.

“Obtaining the [SWRCB] grant,” Reely said, “will double the amount of funding available and allow for not just the development of the model, but also utilization of the model to evaluate recycled water and other supplemental yield improvement opportunities through completion of a Water Facilities Planning Study.”

According to the report, the CSD general manager was designated in February to be the BMC’s lead on the water board’s grant, which has been filed already and is under review.

The County is also working up an agreement on how this process will work and who will pay what.

The CSD would be responsible for environmental reviews; hiring the consultants for a Water Facilities Planning Study; fund and contract with a “peer review consultant” presumably to check the model’s methodology and conclusions; and help develop the transient model and the WRFP.

Reely’s report includes a cost breakdown and totals some $330,000. Costs include: $150,000 for the model work; $20,000 for project management; $50,000 for a “scenario analysis” on whether recharging projects would actually work; $30,000 for model development review by a third party hydrologist; $50,000 to update cost estimates for implementing the BMC’s Basin Management Plan; and, $30,000 to develop the report for the water board’s grant program.

So where is all this now? It’s in Limbo, according to the CSD G.M. Ron Munds who told Estero Bay News, “The State is still considering our grant application. I’ve had a couple of conversations with the staff in Sacramento and they’ve indicated that the application should be approved but they are backlogged and things are moving slowly.”

When the money gets approved, they are ready to go.

“We have an RFP ready to go out once we get the go ahead,” Munds said, “but we’re pretty much stuck in limbo until then. The other half of the funding from the County is available but we need the State grant to do the project.”

Readers can expect to hear about this again, as it moves forward and Munds is eager for the updated and more thorough data.

“When the transient model is complete, which will take about two years once the project is started,” he explained, “we will have a much better groundwater modeling tool to help us understand the inputs and outputs and how the basin responds to multiple factors.”

He added that they hope to secure the water board grant and move forward within the next month or so.