June Primary’s in the Books; Now on to November 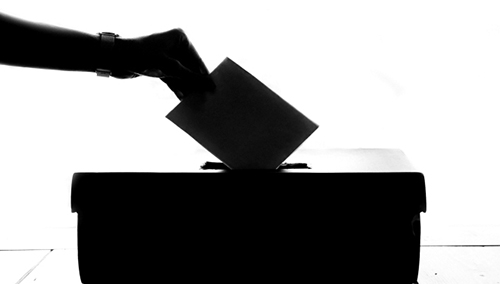 The 2022 June Primary Election is officially in the books, after the Morro Bay City Council certified the final vote tally, as presented by the city clerk.

Councilwoman Jen Ford was declared the winner in the race for the council seat that she was appointed to in August 2021.

She was picked to replace Councilman Red Davis who died in July 2021 just a few months after being re-elected to a second term in November 2020.

“Based on these results,” City Clerk Dana Swanson said, “Jennifer Ford received the highest number of votes and is the candidate elected as a member of the City Council.” Ford’s term will now expire in November 2024.

The final tally comes after a check of the votes for accuracy. “The county clerk-recorder has conducted the official canvass of the returns of the votes cast in the election and has certified the results,” Swanson said.

It wasn’t the strongest of turnouts, as Morro Bay has 8,134 registered voters and the number of total ballots cast was 4,453, which Swanson said equates to a 54.75% voter turnout.

The election saw 4,140 total votes cast for the city council seat, which means over 300 voters didn’t cast a vote in that race.

The June results came as the City was accepting nominations for three city council seats — two open council seats and the mayor — for the November General Election.

For the first time in many years, no incumbents are running for re-election, after Councilman Jeff Heller declared that he would not run again; and Councilwoman Dawn Addis is the Democrat’s contender in the race for newly-redrawn State Assembly District.

With no incumbents in the council race, the deadline was pushed back to 5 p.m. Friday, Aug. 19, which falls after EBN’s Aug. 18 deadline for this issue.

City Clerk Dana Swanson’s list of candidates was filling in, with six people having pulled nomination papers and three having already turning them in and qualified for the ballot.

Casey Cordes, who listed her profession as “marketer,” has qualified for the ballot. So too has David Duringer, an estate planning attorney.

Also qualified for the ballot is Cyndee Edwards, owner of The Skin Shop salon and a past president of the Chamber of Commerce.

Also pulling papers, but as of Aug. 17 had not returned them and been qualified for the ballot, were Deanna Sandoval, Sarah Smith Robinson and Robin Zanzara Landrum. Since these three had yet to qualify for the ballot, the City Clerk’s list didn’t have anything down for a “ballot designation” (profession).

EBN had asked Mayor Headding if he was going to run for re-election and he responded with an enthusiastic “Yes,” he will indeed be seeking a third term. And just under the deadline wire, Carla Wixom, a former council member and owner of Carla’s Country Kitchen restaurant and gift shop, turned in her papers on Friday, Aug. 12, just a few hours under the deadline, setting up a head-to-head match up for the Mayor’s seat.

Wixom told EBN that she’s winding down running the restaurant herself and is turning it over to her daughter. She’s gradually cutting back on her schedule, Wixom said.

Asked why she’s making a comeback, Wixom she said she simply could not allow Mayor Headding to run unopposed. And with her winding down her involvement in the family business, she’ll have more time to tackle what she believes are some pretty big issues in town, such as the controversial Battery Energy Storage System (BESS) facility that Vistra proposes to build on its power plant property.

Another issue she hears a lot about is the proposed subdivision at the old Navy Fuel Depot in the 3300 block of Panorama Drive, which literally no one living in the vicinity supports.

She pointed out that Panorama Drive is a small inadequate street now, and the City is looking to add some 65 new home sites. They’re just not listening, Wixom said of the current council majority.

In an emailed statement, Mayor Headding said, “As your Mayor, I have worked hard to improve the quality of life for our residents. Morro Bay remains a city in transition and we must preserve the unique small Harbor character of our city while concurrently embracing change to improve our economy.”

The Mayor laid out his campaign platform. “If re-elected Mayor,” he said, “I will continue to eliminate wasteful spending, deal with looming pension liabilities, and implement our economic improvement plan.

Also, the City gave an official name to a measure to raise property taxes by $120 a year for each privately owned parcel of land within the City Limits — residential and commercial.

Measure “B-22” would raise some $680,000 a year and be dedicated to helping pay for the repair and maintenance of city-owned, public harbor facilities.

B-22 was the brainchild of a trio of local men — Bill Luffee, Ron Reisner and Homer Alexander — who sought a way to help the Harbor Department catch up on its maintenance projects to keep the publicly owned facilities — piers, slips, rip rap, launch ramp and more — in good working condition.

As a citizen’s initiative, it needs a simple majority of votes to pass. It would add $10 per month to everyone’s property taxes. There is no sunset clause in the measure.

Candidates who toss their hats into the ring, can send all election-related announcements or events 2 weeks in advance to: neil@esterobaynews.com.

Letters to the editor regarding the election can be sent to the editor of Estero Bay News, Theresa-Maria Wilson, at: editor@esterobaynews.com.

We ask that you be brief and to the point; that you not make disparaging remarks about any candidates or letter writers, no matter how wrong you think they may be; and please be respectful.

We reserve the right to edit all letters for length, and inappropriate and libelous language.

The City has a candidate’s guide available online, see: www.morro-bay.ca.us/DocumentCenter/View/12047/Candidate-Basic-Info-2018.

A person has to be at least 18-years old, and a registered voter living in Morro Bay (for at least 6 months) to run for council. City Council seats are also non-partisan positions.

We wish all who enter this election sparring match good luck, advise you to obey all commands (election rules), never hit below the belt, and let’s have a clean fight.