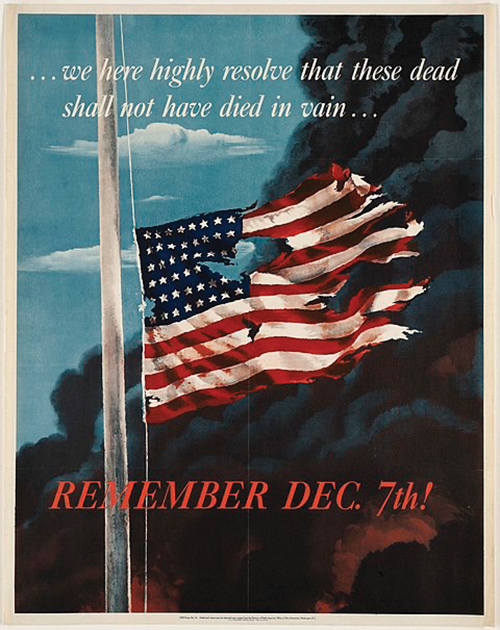 For nearly 20 years I have enjoyed meeting so many amazing individuals living in and around our Estero Bay. We all have a story to tell, and you have helped me fulfill a childhood dream to write for our local print publications. You invited me into your homes or places of business to share your personal journeys so that I might share your story with our neighbors.

As I write this, it is the day before Thanksgiving, a family time for those of us lucky enough to have family near to share time together. I’m feeling a bit nostalgic. Traditions have a way of conjuring up fond memories – Mom and pumpkin pie come to mind!

I intended to share a different story this issue, but then I realized Wednesday, December 7 was National Pearl Harbor Remembrance Day. It is a day to recall and to honor the 2,403 Americans who lost their lives at Pearl Harbor, Hawaii, December 7, 1941.

It was the surprise aerial attack that led the United States to declare war on Japan, thus, plunging our country officially into World War II. The day of remembrance was officially established in 1994 when President Bill Clinton signed the joint resolution. Over the years, five of our country’s most visited valor memorials dedicated to WWII are at Pearl Harbor Memorial Park – the USS Arizona Memorial, the USS Oklahoma Memorial, the USS Utah Memorial, parts of Ford Island and Battleship Row.

So, in memory of National Pearl Harbor Day let me re-introduce Norm O. Roberts. I met Norm and Marilyn, his wife for over 40 years, at a Cayucos Seniors Monthly Potluck, which are still held the second Wednesday of each month at noon, but now at St. Joseph’s Church according to President of the Board of Directors, Adrian Hurtado, himself a USAF Retiree.

My mother, Patricia McKaye and her good friend, Arley Robinson, decided I should get to know the people of Cayucos if I was going to write for the local media. They believed the best way to get to know folks was to break bread with them once a month. Those were treasured times I rarely missed that generated numerous published stories. I was writing for the Sun Bulletin at the time this article was published December, 2007.  I hope you believe as I do that by learning more about one of the men who lived to tell the tale is an appropriate way to remember and honor those we lost in Pearl Harbor, December 7, 1941.

Pearl Harbor Day is this Sunday. And something remarkable is happening in Hawaii. The last of nine memorials will be dedicated to honor the fallen Navy and Marine heroes lost at Pearl Harbor on December 7, 1941. The USS Oklahoma had the second highest casualty list with 429 lost, but it took 66 years to finally site a memorial on Ford Island. Morro Bay’s Norm Roberts survived in 1941 and will return again to remember friends lost.

“I’m not sure how many of us are left, but I’ll be there for the dedication,” said Roberts. He didn’t start attending the reunions until the 25th anniversary.  He and wife Marilyn have attended every 5 years. Typically, as many as 2,000 veterans of Pearl Harbor would gather. This will be a special year to return to specifically remember the USS Oklahoma – his ship, buddies and experience.

“My friend Paul Goodyear has been working on this project almost since Pearl Harbor happened. It’s been a long time coming.” A website, www.ussoklahoma.com, has a complete history of the ship from 1914 when commissioned to 1941 when it was taken down. Commentary by those who lived it, photos of the men lost, and video footage is intermingled to document the times.

Roberts’ story is not on the website, but he’s written it down and shares it when asked. He was one of the 32 men rescued after being trapped below for at least thirty-six hours.

He recalls they were in their bunks when the call came to “take cover” then two minutes later it was “man your battle station.” Six men made their way to the emergency radio room next to the steering room, when the ship was hit by four torpedoes and began to roll. The emergency lights and communication went out so they decided they better get out.  “We went up the ladder to go through the carpenter shop, but they had already abandoned ship and left the hatch dog-down from the top.  We had no way of escaping.”

They returned to their battle station.  The ship had now turned over as far as it could go, “so basically we were sitting on the overhead.” He said he and his buddy Roiland tried to open the hatch, but the pressure wouldn’t allow it.  They had no lights or even flashlights. They would light matches knowing it would use oxygen.

“We got all the dogs secured except one,” said Roberts. “Then we laid back hoping to be rescued. We would pound out code, but never receive an answer because there were too many people pounding outside on the hull of the ship which was out of the water.”

Roberts said they knew rescuers were trying to help them. Later he discovered that they were afraid to use a torch to cut holes fearing they would burn those trapped alive.  They diligently kept pounding to reach the trapped men.

Meanwhile, Roberts could hear gunfire and knew when the USS Arizona exploded. Time became critical when water started pouring into their battle station.

After about 36 hours and just in time their hatch opened. They could see light coming into their compartment. Fifteen minutes later and their compartment would have completely been filled with water.

They were taken to the hospital ship Solace and given showers to clean up and brandy to calm down.

Seaman First Class Roberts knows he was one of the lucky one’s who was able to put the war behind him and focus on life, career and family at home… Thanks, Norm Roberts, for being our Central Coast ambassador in Hawaii for the dedication to lives lost on the USS Oklahoma, a tribute for centuries to come each Pearl Harbor Day.

There was more content in this originally published story about Norman Orlando Roberts, 1919-2008, much of which was also published in his obituary. Roberts was a radioman in WWII, honored in 2008 along with the other survivors at Ford Island in Hawaii. In his civilian life he worked up to foreman for Pacific Telephone for 25 years in San Jose. He and Marilyn retired to Montana creating a second career as owners and operators of the Swan Lake Resort for 20 years. They purchased a vacation home in Morro Bay before moving permanently to the area. They were able to travel worldwide together over their 45 years of marriage. Their family included their sons Dale, Dean, Charles and Michael and a daughter, Noreen, plus five grandchildren and two great-grandchildren.