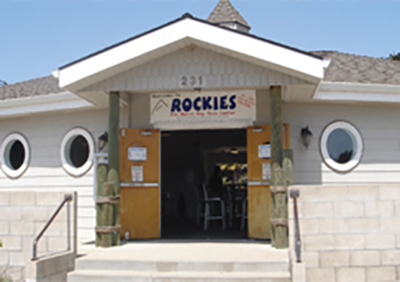 Citing low participation and trouble hiring staff, the City of Morro Bay has signed a lease for the Teen Center on Atascadero Road, handing over the keys to the Boys & Girls Clubs of the Central Coast free of charge.

City Council recently approved a 5-year contract with the Boys & Girls Club to have them take over the Teen Center and run programs for kids in sixth-12th grade. The move means the City’s 18-year offering of a teenage afterschool program — dubbed “Rockies” — will end up on the rocks.

The City also agreed to pay up to $10,000 in “direct expenses to support readying the facility for Boys and Girls Club,” Carmichael said. Since the issue came up after the Council approved the new fiscal year budget, the $10,000 debit will be accounted for at the mid-year budget review, likely to happen next January or early February.

The City is also waiving any permitting fees the Club may incur if it remodels the Teen Center for what it wants to do. No estimate for this gift was given, as plans for the Teen Center have not been submitted.

The Teen Center is basically four areas — a main building, the rear yard that used to have an outdoor mini golf course, another that was dubbed “The World’s Most Difficult Mini Golf Course” and lying under a pole barn, and the front parking lot where the City set up a skateboard park.

The mini golf course has been allowed to fall into disrepair. The course under the pole barn was taken out and the concrete slab jackhammered out several years ago after the City caught a handful of boys who made their own skate park under the roof.

Originally, the site was developed by Rodney Miles, an attorney who envisioned a family fun center with mini golf courses and an arcade. He opened the place with some of his clients — Star Wars’ Mark Hamill and rock star Rick Springfield attending.

The City got the property in 2002 at a greatly undervalued price as part of a bankruptcy proceeding. It opened the Teen Center in January 2003. The rear yard was in great shape with two mini golf courses in working order. But they no longer are and haven’t been for a long time.

Carmichael told Estero Bay News that the City over the years has chipped away at the rear yard and all semblances of the mini golf course are now gone, even the iconic sperm whale that used to be the 18th hole.

The whale was being used as a homeless encampment, Carmichael told EBN. And the kids have beat it up quite a lot too, so the City broke it apart and got rid of it. Carmichael said he got “a lot of opposition,” when the whale was harpooned.

Carmichael said the Boys & Girls Club will be doing a site assessment that will include an assessment on the condition of the pole barn, which if still sound, could be turned into a lot of different things.

Carmichael said the Teen Center’s “Rockies Program” had an average of 25 kids attending at any time and after the former Recreation Director, Joe Woods over 6-years ago was let go from the City, the future of the entire department was in question.

Carmichael came here shortly after Woods was let go. Woods’ firing came after a shakeup in the Rec & Parks Department, which included moving park maintenance into Public Works and reducing the Recreation & Parks Department to the “Recreation Division,” a demotion that continues today.

Since Woods’ forced departure, Carmichael said he’s had trouble finding reliable staffing for the Teen Center. And when the Pandemic hit in March 2020, they shut down the Teen Center and it has yet to reopen.

He also said the program never connected with the high school administration; characterizing the relationship as “a struggle.”

The Boys & Girls Club serves kids from sixth through 12th grades, so Carmichael said the City will continue its afterschool program at Del Mar Elementary that serves K-5.

The City Police Department, the Rec Department, Boys & Girls Club and the San Luis Coastal School District, along with an after-school program in Los Osos, are working towards forming a coalition to try and increase attendance at the Teen Center.

One of the issues they will work on is bussing LOMS kids to the Teen Center. Currently, the school bus drops kids off at City Park Downtown, and Carmichael is working on trying to get them to also drop off at the high school.

Boys & Girls Club participation is not free. Carmichael said the dues are $50 a year and that fee would be eligible for scholarship monies from the Community Foundation of Estero Bay.

Carmichael said he anticipates the new Boys & Girls Club could be opened by the end of this year, depending on what improvements or changes to the site the organization decides to do. The City won’t charge planning and building fees, but any improvements will have to first be permitted through the City and pass inspection as well.