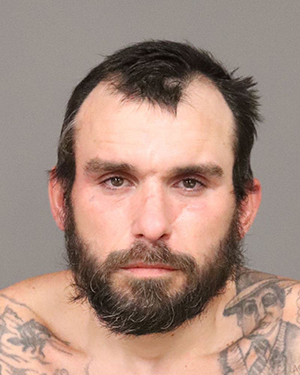 A Morro Bay resident has no doubt learned a lesson after he or she left their keys in their vehicle and some opportunistic thief allegedly stole it but didn’t get very far nor have it for very long.

According to Morro Bay Police Cmdr. Amy Watkins on May 18 at about 8:55 a.m. a patrol officer was at Hwy 41 and Main Street, “conducting traffic enforcement,” when he noticed a man driving a green Acura wasn’t wearing a seatbelt.

The officer pulled over the Acura in the 1400 block of Main. The driver yielded into a parking lot but then jumped out of the car and took off running. Officers tracked him to an alley a short distance away and he was taken into custody, reportedly with the help of some bystanders.

Cmdr. Watkins said they discovered that the Acura had been reported stolen at 7:46 a.m. May 14 by a man in the 700 block of Butte Ave. Searching the vehicle, police reportedly found suspected illegal drugs, drug paraphernalia and suspected burglary tools allegedly belonging to the suspect.
Verlon Jason Turner, 35 of Morro Bay was arrested on suspicion of vehicle theft, alleged possession of suspected burglary tools, drugs and paraphernalia and booked into County Jail.

Cmdr. Watkins added, “MBPD would like to thank the alert citizens who assisted officers on scene and remind citizens to secure their car keys and lock their vehicles.”

Asked about this, she told Estero Bay News that the victim, whom she declined to name, had left the keys in the car but the car wasn’t left running when Turner allegedly stole it.

The car was taken from “a residential neighborhood,” Cmdr. Watkins told EBN. “We had a similar event happen the week prior. That vehicle was low on gas and recovered on Theresa Drive in Morro Bay. [We are] Unable to prove but we suspect the same suspect on both incidents.”

If anyone has information regarding this incident or other possible shenanigans Turner may have been up to, you should contact the Morro Bay Police Department at (805) 772-6225 or Crime Stoppers at (805) 781-4553.