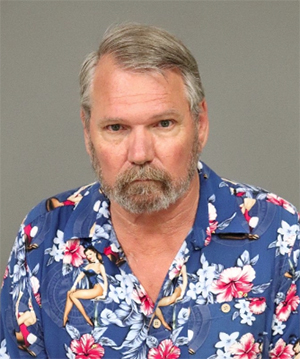 A retired Sheriff’s deputy was arrested and is being charged with multiple counts of child molestation, the Sheriff’s Department announced.
According to Sheriff’s spokesman Tony Cipolla, Sheriff’s deputies recently received information regarding suspected molestations of children under-14. Detectives investigated the matter and filed a report with the District Attorney’s Office, Cipolla said. The D.A. filed the charges in court and Sheriff’s detectives arrested the suspect last week.

James Peter Storton, 63 of Arroyo Grande, was arrested May 26, charged with multiple counts of “lewd and lascivious acts with a child under the age of 14.”

Cipolla said they were not divulging more details, not even where the alleged crimes took place, “to protect the victims and their family.” The arrest hit close to home for the Sheriff’s Department.

Detectives are asking the public for help in their ongoing investigation. If readers have information identifying additional victims, call the Sheriff’s Office at (805) 781-4500.