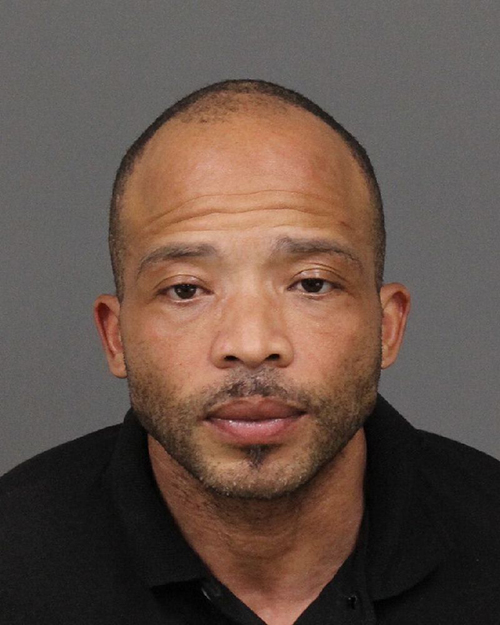 An Atascadero man has been found guilty of numerous felony charges including kidnapping, burglary, sexual assault and the masher will spend the next decade in prison and have to register as a sex offender.

According to the D.A.’s news release, in December 2017, Anderson broke into a woman college student’s apartment in SLO “where he bound her hands and ankles with duct tape and sexually battered her.” He fled the scene and was later linked to the crime via DNA evidence.

In May 2018, Anderson was accused of attacking a woman after she’d dropped her child off at school. Anderson deliberately rear-ended the woman’s car with his car in a ruse to get to her.

Anderson pulled the woman into the back seat of his car and physically assaulted her, according to the news release. The woman had a Guardian Angel assist when a witness stepped in.

“A bystander, Michael Rummel, rushed to intervene,” the release said. “Anderson pulled out a knife and Rummel suffered an injury to his hand in the altercation.” Again Anderson fled the scene but Atascadero Police caught him a short time later.

While being booked, Anderson’s DNA was taken and soon matched to the evidence in the SLO home invasion assault, four months prior. But getting convictions in both cases proved problematic.

“In March 2020, a San Luis Obispo County jury returned guilty verdicts on the charges related to the May 2018 [Atascadero] incident, including attempted kidnapping, assault with a deadly weapon and assault with force likely to cause great bodily injury. However, the jury was unable to reach a unanimous verdict on the two counts related to the December 2017 [SLO] incident.”

The D.A. re-tried the SLO case last July for the two remaining charges but again, “the jury was unable to reach a unanimous verdict.” Last December Anderson pled to lesser charges, essentially misdemeanors instead of felonies, for the home invasion assault.

“We commend the neighbors and passersby in Atascadero who witnessed the crimes and came forward to help,” D.A. Dow said. “Even when it requires multiple jury trials, our team will continue to pursue justice and accountability for dangerous criminals. It is because of the victim survivors’ willingness to come forward and participate, that we were able to bring this predator to justice.”

The case was investigated by the APD, SLOPD, and the D.A.’s Bureau of Investigation worked the case with assistance from the D.A.’s Central Coast Cyber Forensics Lab. Chief Deputy District Attorney Lisa B. Muscari, who supervises the Sexual Violence, Domestic Violence, and Child Abuse prosecution units, was lead prosecutor.

Anderson was given just 11 years in state prison and 10 years registering as a sex offender once he is released, despite the seriousness of the two crimes. But that’s the way of things in California.

“Anderson’s 11-year sentence is the maximum provided by law for his convictions.”