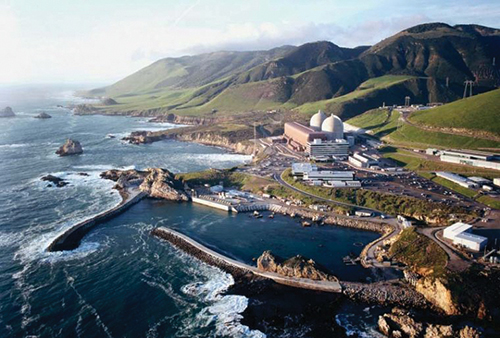 The Diablo Canyon Power Plant appears poised to continue operations for some years to come, as the State and Federal governments step up to help plant owner, Pacific Gas & Electric, keep the electrons flowing and reverse a plan to close the last nuclear plant in California for good in 2025.

PG&E in 2018 reached an agreement with opposition environmental groups to end trying to relicense the plant through the Nuclear Regulatory Commission (NRC) and work towards complete closure of the plant.

The company agreed to retire the plant’s two reactors in 2024 and 2025 when the licenses expire, in a decision that was applauded by environmentalists who had been fighting the NRC relicensing, but was met with dread by local agencies that rely on the plant’s rather big tax profile.

That led to SB 1090, a bill that set up payments to local agencies and put forth a re-training plan for Diablo Canyon’s workers. It also launched efforts towards the de-commissioning of the plant, estimated to last decades and cost several billion dollars, and leading to discussions on the future of the plant’s roughly 12,000-acre property.

But the realization that the State’s goal of a creating an emissions-free energy power grid (by 2045) won’t be ready in 2025 to have Diablo’s 2,200 megawatt capacity suddenly go dark, sparked a push to reverse the settlement and extend the life of the plant as a base-load support for the grid.

Diablo Canyon’s 2,200 MW output is roughly equal to 8.6% of the whole statewide capacity and accounts for 17% of the State’s entire clean energy portfolio.

The prospect of rolling blackouts over last summer, during the height of fire season, no doubt aided in moving the train down the tracks.

Over the past few months, one-by-one, political figures — from local mayors, to the Governor and Legislature and President Biden’s Administration — have gotten onboard with the extension.

In an Aug. 22 letter to the State signed by all of SLO County Mayor’s on the State’s draft bill on the extension, and addressed to Gov. Gavin Newsom, the mayors listed nine issues that they felt the State must consider with the extension.

The points center around making sure the plant is safe now, and will continue to be run in a safe manner; the duration of the extension — initially proposed for 5-10 years; continuing efforts at building renewable energy sources; and that the millions of dollars that PG&E committed to paying local agencies — for expected losses in taxes  — not be “clawed back” by the Public Utilities Commission (CPUC) should the plant stay open. That money, they said, has mostly already been spent.

“While the Cities appreciate that the draft language does not contain any claw back provisions, explicit language stating that the CPUC shall not attempt to claw back funds that were sent to local governments as a result of SB 1090 is necessary to offer certainty to the Cities moving forward.”

They add that if the plant continues for 10 more years, those payments may longer be sufficient.

The State Legislature in September passed SB 846, which put the State’s side of the equation into action.

SB 846 allocates up to $1.4 billion to the Department of Water Resources to be “loaned” to PG&E, “to facilitate the extension of the operating period of the Diablo Canyon power plant,” reads the legislative analysis of the bill.

It also created the “Diablo Canyon Extension Fund in the State Treasury and would continuously appropriate moneys in the fund to the department for purposes of making the loan.” The first allocation into that fund was for $600 million.

The bill also sets up a surcharge on electric bills statewide to cover the loan, and charges the CPUC and California Energy Commission (CEC) to write plans for the continued running of Diablo, to track the State’s transformation to clean energy. The final bill calls for an addition 5 years of operations, but that could be extended as well.

In a Sept. 2 message before signing SB 846, Gov. Newsom wrote, “Climate change is causing unprecedented stress on California’s energy system and I appreciate the Legislature’s action to maintain energy reliability as the State accelerates the transition to clean energy. Senate Bill 846 facilitates the actions necessary to keep the option of the DCPP as a statewide reliability asset beyond the current 2024-2025 retirement dates of the plant’s two units.”

PG&E’s CEO, Patti Poppe, said in response to the bill signing, “We are proud of the role Diablo Canyon plays in providing safe, reliable, low-cost and carbon-free energy to our customers and Californians. We will do our part to help the state achieve its energy reliability and de-carbonization goals, while continuing to run one of the top performing plants in the country.”

PG&E, under SB 846, was charged with going to the Federal Government to seek more money to support the extension, and find out how that extended licensing process would play out, after the initial application for re-licensing was withdrawn in 2018, subsequent to the closure settlement.

“PG&E filed its first licensing action with the U.S. Nuclear Regulatory Commission for renewing the operating licenses for DCPP’s Units 1 and 2,” the company said on Oct. 31. “PG&E must obtain the necessary NRC licenses — as well as other required state regulatory approvals — to operate the plant’s two units beyond their current operating licenses, which expire in 2024 and 2025.”

In its new application, the company asks the NRC to “designate the appropriate licensing process to follow, as the company withdrew its license renewal application in 2018 based on state energy policies at the time.”

Paula Gerfen, PG&E’s Senior Vice President and Chief Nuclear Officer, who is in charge of Diablo Canyon, said, “This request to renew our licenses is another step to help California reliably achieve its bold de-carbonization goals. We will help deliver on those goals while continuing to run one of the top performing plants in the country.”

On Sept. 2 PG&E filed to receive federal monies from something called the “Civil Nuclear Credit Program,” under the Department of Energy (DOE).

The company said it had been “conditionally awarded” about $1.1 billion but, “Final award amounts will be determined following completion of each year of the award period, and amounts awarded will be based on actual costs.”

U.S. Secretary of Energy Jennifer M. Granholm, said, “This is a critical step toward ensuring that our domestic nuclear fleet will continue providing reliable and affordable power to Americans as the nation’s largest source of clean electricity. Nuclear energy will help us meet President Biden’s climate goals, and with these historic investments in clean energy, we can protect these facilities and the communities they serve.”

So totaling it up, PG&E is in line to get $2.5 billion to keep Diablo Canyon running years into the future, and has been given a revenue stream on energy bills to continue operations and support the energy grid.

Readers should not think this is a done deal — indeed it’s far from it, as the numerous bureaucracies involved have yet to chime in.

However, with such heavy hitters and the Governor and President directing events, it’s probably a pretty safe bet that these approvals will be forthcoming, despite environmental groups’ continued opposition to the plant over spent fuel storage, earthquake safety and inherent safety concerns with nuclear power, and the overarching goal to make California completely nuke free.

← Previous: Cayucos to Mark Start of Vet’s Hall Rebuild Noting the Passing of a Legendary Waterman →