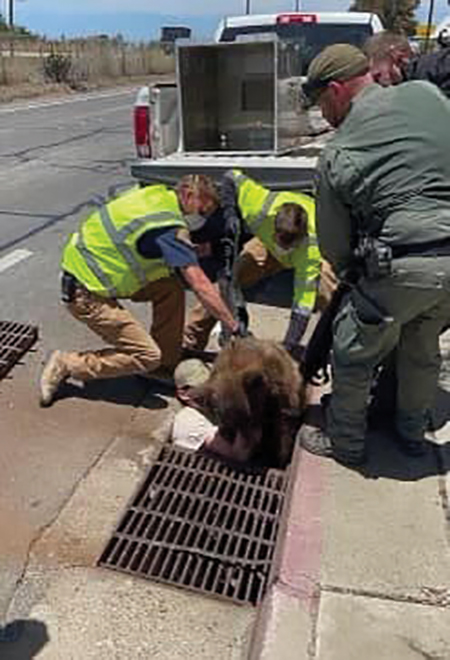 Reports of a wondering  juvenile bear started coming in Wednesday, June 8. The cub was found the following day, thankfully before Morro Bay High School graduation ceremonies, at San Jacinto and Atascadero streets in a culvert next to Highway 1.

Morro Bay police, city staff and California Fish & Wildlife joined forces to tranquilize the animal then extract it from a storm drain.

The bear was transported to a safe place in the wild after it’s ordeal, according to city officials.