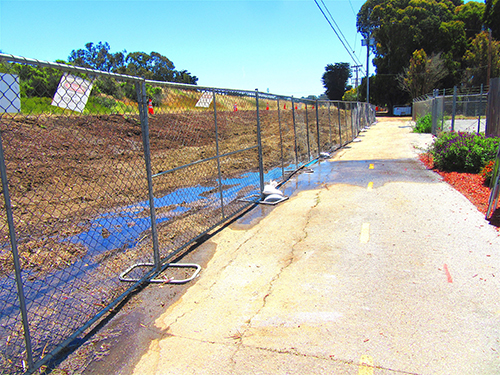 Morro Bay’s Water Reclamation project will be tearing up Quintana Road to lay the last pipe for the City’s mega-project, and ripping into familiar ground over the next several months.

If that sounds like an old record, it’s not, this dig down memory lane is to lay the final pipe in a jigsaw puzzle of a project that’s been dominating the town since May 2020.

The City announced June 16 that work would begin the following Monday on trenching down Quintana Road from Main Street to South Bay Boulevard in order to lay the recycled water pipeline in the $160 million-and-counting project.

“This is for the second pass of pipeline construction in the area,” said Sarah Rossetto, the spokeswoman for the WRF pipeline’s outreach efforts. Rossetto is working with project managers Carollo Engineering. “Three pipelines were already constructed in 2021; this is for the fourth and final purified water pipeline.”

This final pipeline will bring the treated and disinfected wastewater back into town from the new treatment plant and deliver it to a series of injection wells to be located on the northeast corner of the Morro Bay Power Plant property.

It will also deliver the treated wastewater to the City’s ocean outfall pipe, where the water will be discharged into Estero Bay most of the time. The most recent plan is to use the injection wells only a few days a month, as a buffer against seawater intrusion into the Morro Creek underground aquifer.

Those wells don’t yet exist nor have they been entirely designed at this point. Indeed the City recently awarded a drilling contract to put in a test injection well on that site. That well will purportedly give the City the final puzzle pieces to its water-recycling scheme that is supposed to “meet state water and wastewater regulations, protect the environment and be capable of providing a safe and reliable water source for Morro Bay’s residents and businesses in the future,” according to the City’s press release.

If readers wonder why they didn’t lay this final water line along with the enormous trenches that were dug for the WRF’s four other pipelines, it’s because the water return line must be kept in a separate trench from raw sewage lines to guard against potential contamination.

The City said construction will include “trenching, pipe installation, soil backfilling and off hauling, and road restoration.” Motorists plying Quintana have no doubt noticed for several days a buildup of piping stacked along Quintana Road opposite the Dollar Tree shopping center.

But don’t expect to see Quintana returned to the smooth river of pavement it was before the WRF started. The pipes must still be tested and it would be unwise to repave the roadway before testing.

The WRF pipe laying work also continues alongside the Hwy 1, southbound on ramp at Hwy 41. That’s where the City discovered another water line had been ruptured.

A local resident and someone who has been watchdogging the WRF project since before it started, told EBN that he saw the water leaking on a weekend, when the project crew was off work.

“Yesterday [Saturday, June 12], I noticed water bubbling out of the pavement in the bike path where Anvil has been working lately,” the reader said in an email. “This is just south of Atascadero Road between the freeway on-ramp and the Morro Shores Motel.”

He went on to say that he couldn’t find anyone to report the leak to, so he went to the fire department. He added that on Sunday, the City Water Crew was out repairing the leak. He wondered if the WRF trenching contractor, Anvil Builders, was to blame. EBN asked Public Works Director Greg Kwolek that question.

“We found a crack in the water main on Saturday,” Kwolek said, “and it was fully repaired on Sunday. I don’t have a calculation on how many gallons of water were lost, but am told by the responding operators that it was not a major leak.”

That pipe, he added, feeds water to the high school. It was at least the third water line to be broken by Anvil since trenching began. The first break occurred on the first day the company started work, literally with the first trench it dug on Quintana at La Loma Street.