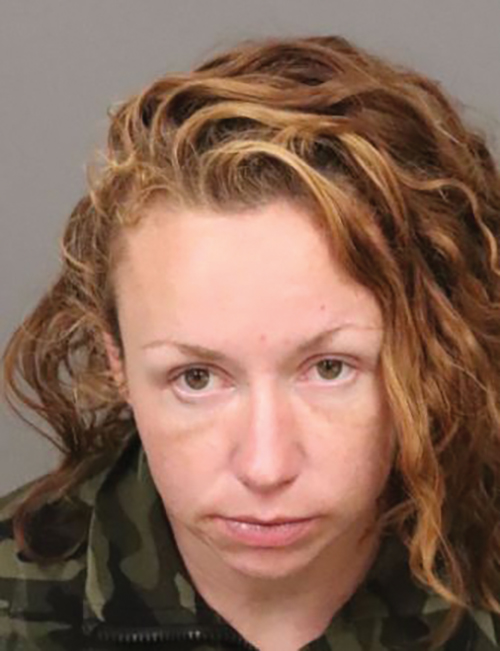 Mugshot of Jennifer Niemann of San Luis Obispo, who was sentenced to 4-years in prison for Child Endangerment Resulting in Death in the death of her 3-year-old son from fentanyl poisoning.

A San Luis Obispo woman has been sentenced to State Prison following the fentanyl drug poisoning of her toddler, the District Attorney announced Dec. 14.

District Attorney Dan Dow said Jennifer Mae Niemann, 30 of SLO, was sentenced to 4-years in State Prison after her conviction of child endangerment resulting in the death of her 3-year-old son. The conviction came after Neimann pled guilty to the charge. The D.A. had recommended the maximum sentence of 6-years, “based on the severity of the crime and the conduct of Niemann after the crime.”

The baby boy’s death happened in San Luis Obispo on May 4, 2022, according to the news release. “Niemann made a 9-1-1 call reporting her young child was unresponsive,” the release said. “First responders arrived and found the child unconscious. Life saving efforts failed and the child was pronounced dead.”

Tests revealed that the boy “died of acute fentanyl intoxication. The child had been in the sole custody and control of Niemann for many days before his death.”

D.A. Dow said, “Drug use is not a victimless crime. The life of this precious three-year-old child was tragically taken away as a result of his mother’s use of illicit drugs and recklessly exposing her child to them. Our office stands ready to aggressively prosecute anyone who abuses drugs and harms others in our community.”

He had a warning to drug dealers. “To anyone selling illicit drugs in our community, know this: we are looking for you, we will find you, and you will be held accountable,“ D.A. Dow said.

Deputy D.A. Danielle Baker, at Niemann’s sentencing hearing, read to the court a 3-page written statement prepared by the boy’s father, which described his son as “very happy, energetic, and healthy.” He explained the confusion and betrayal he felt “when he learned that his 3-year-old son had overdosed on a pharmaceutical grade narcotic that is 50 times stronger than heroin.”

The D.A. issued a warning about fentanyl, a purely inorganic chemical compound that originates in China and is shipped in liquid or powder form to Mexico, where drug cartels make it into fake pills or mix it with meth, heroin and cocaine, increasing the potency, the addictive qualities and dangerousness of the drug.

Indeed, according to government statistics, in 2021 drug overdose became the No. 1 killer of young men ages 18-35, with some 107,000 people dying in 2021 from overdoses, often on pills they thought were fairly innocuous prescription medications.

Add to that the estimated 29,000 people who overdosed but whose lives were saved with Naloxone (brand names NARCAN and Kloxxado among others), a spray medication that immediately reverses the effects of opiates like fentanyl and heroin, and the overall number of “overdoses” is closer to 136,000 in one year.

“A dose of just 2 milligrams of fentanyl, alone or mixed with another substance, can be fatal depending on the user’s size and tolerance. According to the USDEA, 60% of all fake pharmaceutical pills tested by their lab in 2021 contained potentially lethal quantities of fentanyl.”

Indeed, simply coming into contact with fentanyl — either through accidental inhalation of the powder or just contact with the skin — can cause an overdose and has led to several police officers being accidently killed or nearly killed when they came across the drug in the field.

The case was investigated by the SLO Police Department with the assistance of the D.A.’s Bureau of Investigation and prosecuted by Deputy D.A. Baker who is assigned to the Sexual Violence and Child Abuse Unit.