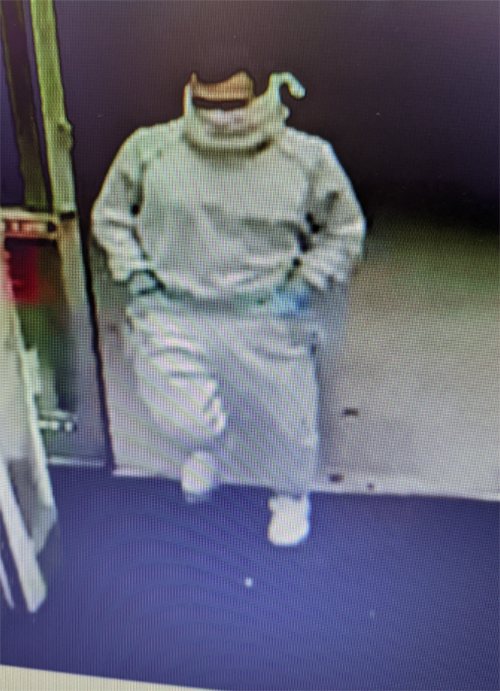 San Luis Obispo Police are looking for a man they said violently robbed a Downtown pharmacy claiming he had a knife, and made off with an undisclosed amount of cash.

According to a news release, at about 8:38 p.m. Wednesday, Feb. 2 police got a report of a robbery at the CVS Pharmacy, located at 171 Marsh St., in Downtown SLO.

According to police, “The suspect entered the store and asked the clerk if she could change a bill for him. The suspect then walked behind the counter, physically assaulted the clerk, and demanded the money from the register.”

No weapons were apparently used however, “During the robbery, the suspect told her that he had a knife, but none was seen.” The robber fled on foot and was last seen going north on Broad Street towards Higuera Street , police said.

Police described the suspect as being a White or Hispanic male, with no notable accent, approximately 5-feet 1-inch tall with an average build. He had light brown hair and brown eyes. The suspect’s face was covered by what appeared to be a white tank top T-shirt.

He was wearing light-colored, matching, sweat pants and sweatshirt with white shoes and blue nitrile-style gloves.