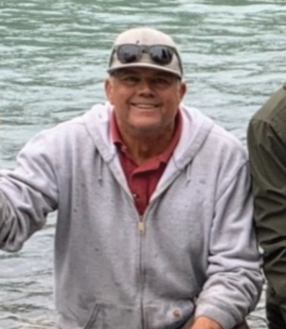 David Alan Rodgers passed away on May 26, 2021 at the age of 67. He was born in Avenal, California in 1954 to Ben and Lavonne Rodgers. The family moved to Morro Bay in the late 60’s and Dave graduated Morro Bay High School in 1972, where he met the love of his life, Sue. They married that year and soon welcomed two children, a daughter Michele and a son Justin.

Dave spent 36 years at PG&E and after working his way up through the ranks, eventually retiring as a foreman. Dave and Sue lived an inseparable and adventurous life together and took full advantage of their passion for family and nature by splitting time between their home on the Central Coast and their summer home in Alaska.

His greatest passion was always his family, most importantly his wife; they could always be found together riding bikes, camping or fishing- they are soulmates. Dave was a devoted Papa to his six grandchildren, who will miss him dearly.

He is survived by his wife, Sue; daughter, Michele (Curt); son, Justin (Diana); grandchildren, Sierra, Nolan, Zane, Bella, Shae, Ben; mother, Lavonne; sister, Cathy (Domingues); and many nieces and nephews. He is preceded in death by his father, Ben and brother, Danny.

Friends and Family are invited to celebrate Dave’s life on Sunday June 20 at 3 p.m. at Sea Pines Golf Resort in Los Osos. In lieu of flowers the family requests a donation be made to Central Coast youth baseball.

← Previous: Around the Track and Then Some Shop, Sip & Stroll →