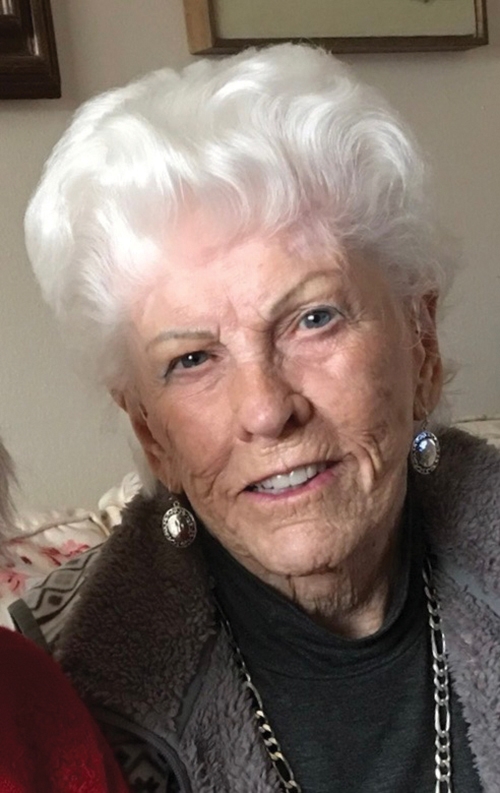 Jean Catherine Arthur Leage passed away peacefully in her sleep on August 3, 2022 at the age of 93.

Jean was born on July 6, 1929 to Ellen Dorothea Lindsay and Gilbert Veall Arthur in Hot Springs, Virginia. Shortly after her birth the family moved to Skaneateles in the finger lakes region of  New York state where Jean and her five siblings lived an active life, swimming, boating, and ice skating. In 1940 the family moved to Washington state where Jean attended high school in Puyallup and then the University of Washington in Seattle.

She also had the opportunity to work in Sun Valley, Idaho participating in the ice shows and water shows.  It was a wonderful experience that she often reminisced about.

While attending the University of Washington Jean met her future husband Orval Jensen Leage. Jean and Orval married in 1950 and their first four children were born in Seattle. The family moved to Morro Bay, California in 1955 and Orval built the El Morro Oyster Company over the following years.

Jean was a talented artist and, when family demands allowed it, she took drawing and painting classes. She was an active member of St. Peter’s by the Sea Episcopal Church, president of the Episcopal Church Women, president of the PTA, a Campfire Girl leader of one of the first Bluebird troops in Morro Bay, as well as a Morro Bay High School Booster, always encouraging her children’s participation in athletic activities.

As a young mother Jean organized a volleyball game for the neighborhood mothers after the kids were off to school in the mornings.  In addition she was an avid Bridge player her entire adult life, and enjoyed participating in the local dance club.

Jean took tennis lessons, became a tennis instructor, and participated in numerous local tennis events, amassing shelves full of trophies. In 1977 she helped local tennis instructor Bill Brown, along with others, to start what is known today as the Central Coast Women’s Tennis League which includes doubles teams from all over San Luis Obispo county.  Jean also helped found our own local Surfside Tennis Club for players of all ages and abilities.

After her children graduated from high school Jean returned to college at Cal Poly and accomplished a long-held dream by completing and receiving her bachelors degree in Recreation Administration in 1981.

For many years Jean helped Orval in the Cannery Fish Market located in the iconic white block building on Main Street.  Orval and Jean sold the business and retired in 2000. Orval unexpectedly passed away in August 2003.

Jean did some traveling in Europe, South America, and New Zealand and, in 2007, she married James Raymond Connelly.  Together they enjoyed numerous cruises and trips. In 2018 the couple moved into The Villages retirement community in San Luis Obispo. Ray passed away in 2019 and Jean lived out the rest of her life there.  She was president of the Palms Residents Association and led the Bridge group at the Villages until very recently.

A memorial service will be held for Jean at St. Peter’s by the Sea Episcopal Church, 545 Shasta Avenue in Morro Bay on October 1 at 11 a.m.

In lieu of flowers please make a donation to the charity of your choice.