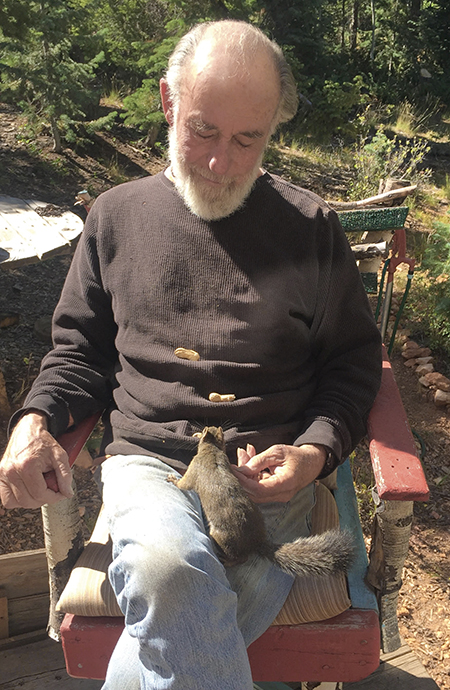 Ron Roundy, 79, died peacefully in the beloved cabin he built on Cedar Mountain in Southern Utah, during the early morning hours of August 9.

Ron, a longtime resident of Los Osos, was many things, a father, a husband, a realtor, a runner, a race director, an animal lover, and a raconteur extraordinaire. More than anything else, Ron was an artist. It was a rare day when Ron did not work creatively using whatever medium was in his hands at the moment. He simply could not stop creating. After he retired from 33 years of, “playing” realtor, as he called it, his immense creative energy ramped up, and he produced artwork-drawings, sculptures, assemblages, whatever-at an almost furious pace.

He is survived by his wife, Erma Stauffer, his children-Luke Roundy, Will Roundy, and Faye Padayachee, seven grandchildren, a huge body of creative work, and a multitude of stories about his lifetime of exploits.

There will be a celebration of life for Ron at a future date. An appropriate way to honor Ron’s exuberant life is to tell your favorite story about him.

Ron was a friend and a big supporter of the newspaper. He had a creativity that was unique to say the least. The only person I have ever know that was put on advertising probitation because he was always willing to push the boundries. He made me laugh.