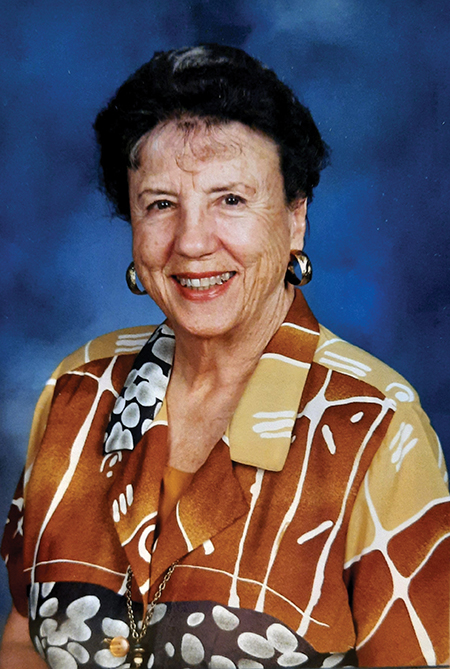 Stephen Ruth Voorhees was born in Hollywood, California. She was the only child of Charles and Olive Voorhees.  Her father was a professional photographer and that is where Stevie got her love for photography.

> When she was younger she worked as a press photographer for The Hollywood Citizen News and The Harold Examiner.

In the mid 1970’s, she moved to beautiful San Luis Obispo and worked for social services in the Employment Development Department and also helped with at-risk teenagers. In the early 1980’s, she opened Bayside Gallery with her friend Joan Sullivan to showcase her photography and prints.  Later she worked at Hearst Castle in the ticket office and retired from there after 22 years.

Stevie, as she was known, loved spending time with her family.  She regularly visited her sons Richard and Patrick and their families in Pennsylvania and Colorado, and helped her daughter Carole raise her three children. She loved traveling and visited Mexico, Canada, Hawaii, Asia, France, Germany, and Italy.

She is survived by her children and their spouses: Richard & Marissa, Patrick, and Carole & Robert. Her seven grandchildren: Christine, Lyssa, Ryan, Echo, Cameron, Johna and Drew, and seven great-grandchildren: Adin, Nora, Talon, Blaze, Hope, Lilly and Barrett and two great-great-grandchildren.

Stevie was a very loving and positive person. She was very outgoing and loved talking to friends and strangers. She is loved and will be missed by all who knew her.