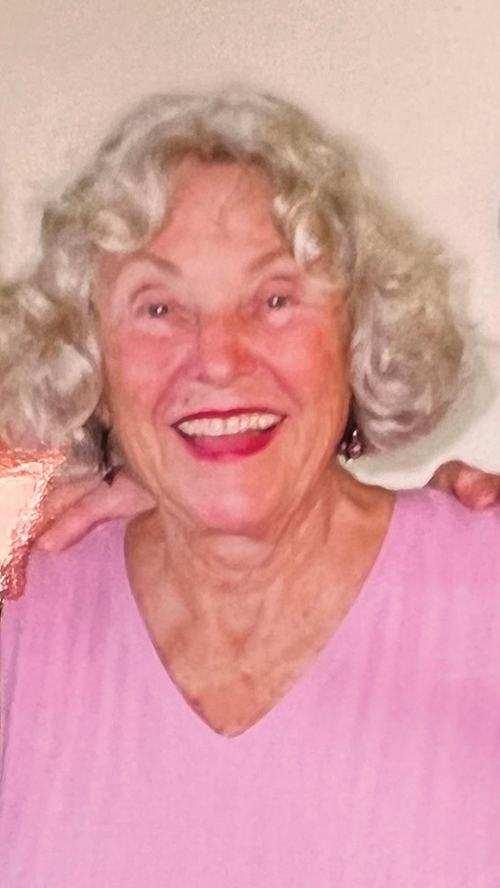 Betty Joan Kauffman was born February 25, 1933, in Las Animas, Colorado, to Earl Oliver Kauffman and Margaret Magdeline Farie s (Doyl e) Kauffman. Her mother’s maternal family, the Doyles, were one of the original families who came over from the East Coast in covered wagons and settled Southeastern Colorado.

During the Dust Bowl Era, when Betty was a small girl, her parents moved from Colorado to California, for a better life, eventually making their home in Santa Maria, California.  During that time her younger brother, Robert (Bob), was born. Their family was a close, loving, Christian family, and Betty had a wonderful childhood. She graduated from Santa Maria High in 1951, and remained a faithful attendee of Santa Maria’s Pioneer Picnic, where she would yearly reconnect with her high school friends, until COVID hit.

When she was 16, her younger sister, Valerie, was born. Despite their age difference, Betty and Valerie had a close relationship that continued throughout their lifetime. Betty attended San Jose State University, did well in school, and was very involved with her sorority. She had many friends, several of whom she had lifelong friendships with. After she graduated, she made the Bay Area her home.

Betty taught first and second grade students at Ladera School, in Ladera, CA, for many years, and always remained a teacher in her life — loving to show her great nieces and nephews interesting things in nature, and sharing different cultures she had visited with them.  She was very involved in the local theater in the Bay Area, and spent her spare time and weekends performing or skiing, which she also enjoyed, and was a member of the ski club.

Betty went to work at Stanford Children’s Hospital, which she loved, and where she remained until she retired. In 1995, Betty decided to move down to the Central Coast to be closer to her mom, sister, and brother, and their families. The Morro Bay/Los Osos area was a great fit for her, with all of its nature trails, and flora and fauna; she adored all plants and animals.  Betty belonged to many organizations:  the Women’s Connection, Central Coast Cactus & Succulent Society, League of Women Voters, and American Assoc. of University Women — as well as groups centered around her interests:  jazz, antiques, dancing, Greek culture, and various Bible study groups.

She genuinely cared about everyone she met, and made friends on all of her adventures. She traveled all over the world:  to Europe, Australia, Ireland, Mexico (Mazatlan was her favorite), with one of her favorite trips being hiking in the Swiss Alps.  She zip lined in Costa Rica at the age of 80!  Anyone who knew Betty, knew she was full of fun and full of life. When her sister Valerie passed away of cancer in 2008, Betty took over as grandmother for Valerie’s kids and grandkids, loving them as her own.  Of all of her loves, her family and friends and her Lord Jesus Christ were the closest to her heart.  She will be greatly missed by those who knew her!