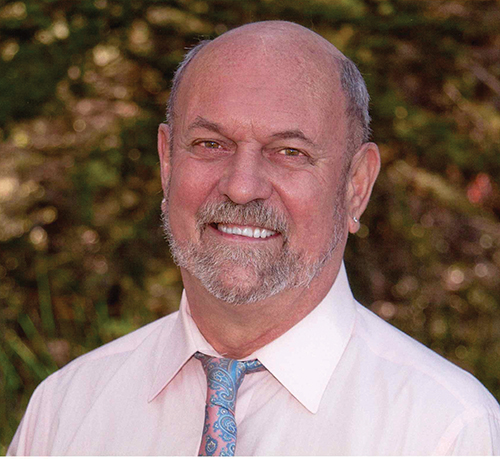 Craig was born in August 1947 in Camden, NJ to John W. and Edith G Lotz.  He passed away at home in

Los Osos on November 24, 2022 after a short battle with metastatic lung cancer, his loving wife Sheree was at his side.

Craig was raised in Pitman, New Jersey until his family moved to Newark, Delaware during his senior year in high school.  He graduated from Newark Senior High School in 1966, enlisted in the U.S. Army in 1968 and was an Air Defense Radio Repairman until 1970 when he was honorably discharged.  Craig graduated from Monterey Peninsula College with an associate’s degree in computer information systems in 1993.

Craig lived in Monterey County and worked as a chef/cook. He moved to Los Osos in 1994 and met and married his best friend and life partner Sheree in 1996.  He was step-father to Sara Strange and

Kathryn Goddard (Brett).  In total Craig and Sheree have 11 grandchildren.

Craig worked in the auto collision repair business as a parts manager until his retirement in 2016.  He volunteered at Sierra Vista Regional Medical Center for six years and enjoyed it immensely.

Craig was a talented musician and played trombone, tuba and just about any instrument available in

his youth.  He played bass guitar in local bands in Monterey and San Luis Obispo counties and loved it!

Craig is survived by his two siblings, sister Judi Paxson (Tom) and Randy Lotz (Linda) and five nieces and nephews.

Craig loved to dance, was an excellent photographer, and an avid gardener.  He was a super fan of the San Francisco 49ers.

Craig’s quick wit, sense of humor, engaging personality and beautiful smile will be missed by all who loved him and were fortunate to have known him.

Much thanks to Dr. Howard Hayashi and Dr. Jim and Jessica Malone for their selfless help in coordinating Craig’s care.